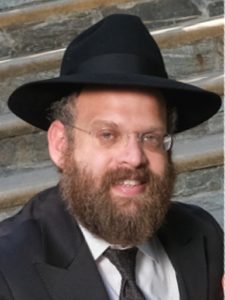 Rav Labkowski has been an educator and scholar on faculty at rabbinical seminaries in London, São Paulo and Brooklyn and is the spiritual leader and co-director of the Chabad Jewish Center of Oakland.

No products in the cart.